You’re laying in bed, just about to drop into sleep, and there’s the itch or twitch that startles you back from slumber.  or the knee jerks that make you feel like a puppet with someone else pulling the strings. Some legs get wild enough to force sleeping in a bed separate from their years-long partner.  Whether on the sofa or in bed there seems to be no escaping the legs that want to move.

I’ve helped clients with Restless Leg Syndrome.  I’ve done it using Energy and Bowen, individually and both in separate sessions.

Bowen helps neurological issues by loosening fascia which restores tissue hydration and unrestricted communication with the limbic system. Moist tissue can respond to our activity demands, recover from those exertions and rest when “in waiting”.

Fascia also holds our body memory or muscle memory- the patterns or reactions that we carry out without conscious thought.  It also hold the somatic memory of injuries and trauma that we have incurred.  Balanced fascia is more fully in communication with our limbic system which houses the emotional-mental portions of the injuries and traumas.  The feedback between the fascial and limbic systems integrate the physical and emotional-mental responses to new and chronic injuries. This will make healing responses more appropriate, releasing cascading inflammation, edema and chronic muscle spasms.

Energy sessions help rest the spirit and can reveal the spiritual reason for the physical manifestation.  Our work on this plane is activated by our family and friends when we are young, usually by age 7 through misunderstanding and trauma. If we don’t respond by facing and resolving the issue, it will be presented to us time and again, louder and more painful each time, until it gets our full and complete attention. 🙂 Each of us have a unique and varied life course. Energy work can help “lift the lid” on those unresolved reactions that we buried in our bodies and memories.  As adults we have more control over ourselves and our environments and have better tools to help remove these bundles of pain and sorrow.  Our itches and twitches are our sub-conscious trying to tell us something.

Either way, getting some relief from the itch, pain and twitch in yours will help you get needed rest and feeling better! 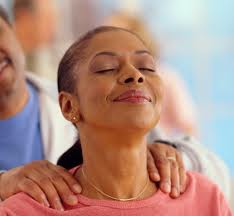 At this point most people have heard about Reiki, even if they don’t have a clue what it is, what it does or how it feels.  Most of the stuff you find “out there” is anecdotal and elusively described.  I ran across this description which is pretty concise, if a little understated–meaning the depth of each paragraph can be explored in volumes–but that would defeat the concise part 🙂

Anyway, take a read to get the 50,000 view of whats going on when a Reiki Practitioner puts there hands on you.

This is a great description of how we are made and clue to how healing can be conducted.

It’s all parts of the same metaphysical/physical system that makes up our body and experience here.  Each method is a just different way to get in touch with the physical pain, spiritual cramp, emotional cramp or life-path derailment.  When you affect one level, all levels are affected as well–presenting opportunities to grow and expand our experience by releasing the old patterns and obstacles.

The work continues to happen over the course of the next five days.  Typically the second and third day are the biggest “adjustment” days, then it settles down.

It’s a wonderfully natural and holistic way to heal what is causing your dis-ease.

Dowsing (Water Witching, Divining, Questing, Doodlebuging…) is the ancient art of finding water, minerals and other objects that seem to have a natural magnetic, electromagnetic or other perhaps unknown energy. Energies that the body seems to detect with its built-in, laboratory demonstrable sensors, that are no more mysterious than seeing, hearing or feeling, and seem to be natural to all of us. As it is with music, many persons can develop a degree of dowsing skill with training and practice.3

Dowsing is one of the many names used for apparently tapping into your Super-conscious, Subconscious, Spirit Guides, or something like that. This is accompanied with some method for detecting this information. This could be a gut feeling, the twitch of a muscle, or some type of controlled external device. Every culture in the world, clear back to cave drawings, has had some type of dowsing. Dowsing is often used to find life-giving water.1

How does Dowsing work?

It has been discovered that we have three sensors that can pick up electromagnetic information: one near or in the pituitary and one on each adrenal gland. Having three points, the subconscious can determine both distance and direction of an electromagnetic source. This is probably done in a similar way that the subconscious uses the two eyes to determine distance, except it has the advantage of having three points of reference instead of only two. 3

The problem is getting this information from the subconscious to the conscious mind. The IDEOMOTOR effect is a psychological phenomenon wherein a subject makes motions unconsciously.  The reason this happens is because the hand responds to the mind’s concentration with tiny, sympathetic micro-muscle movements.  There’s no magic involved – your body responds to the signals sent to it from the mind, even when you think it does not. 2

This is where the dowsing devices come in. One way it works is through muscle testing, a procedure in which the subconscious can be programed to cause the involuntary muscles to be strong for a true statement and weak for a false statement. It is used by-many chiropractors, psychologists, complementary medical workers, etc. You can program the subconscious to respond to any number of requests, including dowsing. Electronic muscle testing instruments attached to dowsers have shown what appear to be subconscious controlled involuntary muscle movements which seem to affect the dowsing instrument. 3

Dowsing also seems to be related to what is sometimes called the “Backster Effect.” Backster is a lie detector specialist and what he did was to attach a galvanic skin response device to the top leaf of a plant. This device measures the electrical resistance of the skin. He then watered the plant, fully expecting to measure how long it would take for the water to reach the leaf and change its resistance. Instead the lie detector immediately indicated what would be a happy effect in humans. This puzzled him so he decided to traumatize the plant by burning a leaf. The plant showed a fear response on the lie detector as soon as he had this thought. Backster’s experiments have been duplicated thousands of times by many persons using many variations and have been well publicized on TV and in many books.

Experiments have shown that some type of energy that we might call “superconscious” for lack of a better word seems to have been flowing between Backster’s mind and the plant. It turns out that this “superconscious” seems to flow between and within all persons, animals, plants and most everything, including our subconscious, which somehow taps into this information. Have you ever felt ill at ease or apprehensive for no apparent reason? Does a mother somehow know if something is happening to her child?

Now, if your subconscious has access to this “superconscious” and you have access to the Subconscious with your dowsing device, you can tap into a lot of information –local, long-distance and inter-dimensional.

The apparent reason your conscious mind does not have this type of access to the subconscious is the danger of a continuously flowing overload. Just think what billions of bits of continuous inflowing information from your subconscious would do to your concentration. The dowsing instrument allows you to tap the subconscious selectively and obtain useful information.1

So using  dowsing methods you can ask questions of your superconscious and the answer, yes or no, is relayed back through your subconscious to your dowsing system.

Literally ANYTHING can be asked and any kind of assistance received through a dowsing system.

Dowsers will specialize with certain tools and questions that they seem to have the most success with.  Some dowsers are good at finding water, some are good at clearing money issues, abuse and ptsd issues or helping their clients through a physical healing process.  Some dowsers will switch between using a pendulum, a bobber or their body as “device” depending on the question, goal or situation.

Dowsing systems and tools is too big a topic for this post! So look for a future post on Dowsing Tools 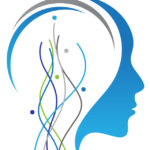 Zoom Webinar
No event found!
SIGN UP FOR CLASS